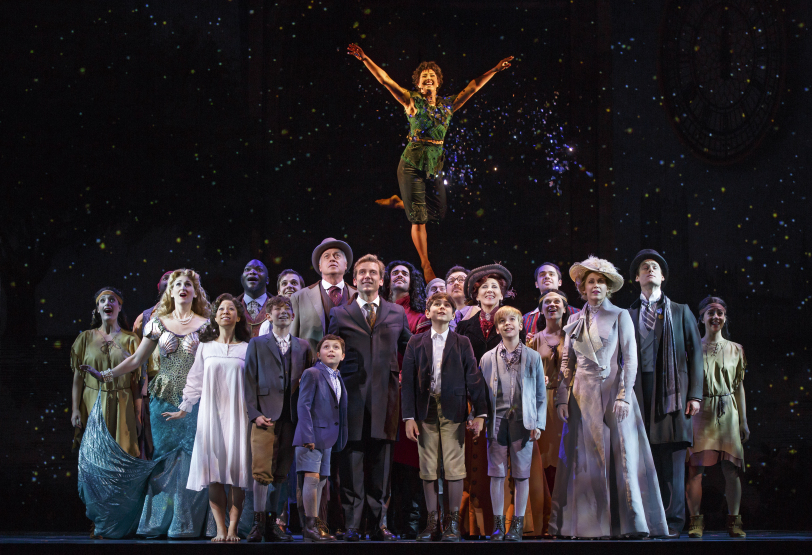 They say you can find anything in a big city. Case in point: you can actually go see snuff theatre in San Francisco right now just off of Market Street, in the touring production of Finding Neverland. While it is true that there is no blood onstage, one can bear witness to the live death of the musical theatre in a “short” two hours and forty five minutes in which the musical comedy moves from a wonderful mode of entertainment to, as one character mentions in the show: “the lowest of all art forms”. SHN does not give me press tickets, and I had to shell out the money to see the damn thing, so I can tell you without a filter that Finding Neverland infuriates me like nothing else I’ve ever seen.

Yes, Finding Neverland is that bad. Based on the innocuous movie from 2004 starring Johnny Depp and Kate Winslet, Finding Neverland tells the story of how J.M. Barrie became inspired to write the original Peter Pan. Unfortunately, the musical takes a fascinating and strange true-to-life tale and adds so much corn syrup as to make it sickly sweet, complete with totally inept dialogue, willfully bland characters, and about three dozen painfully unfunny anachronistic “jokes” that reveal the smug cynicism about the whole thing: Finding Neverland exists as nothing more than a machine to take as much money from its hardworking audience, toting itself as a magical fantasy about innocence, but truly being a maddeningly inept work with no joy or honesty in sight. Add to that Gary Barlow & Eliot Kennedy’s bland-as-oatmeal pop score (played by a pit band of merely five instruments and a lot of synthesizers), and you’ve got a work that has Rogers and Hammerstein doing somersaults in their graves.

As for the cast, I will only say that, aside from four adorable children, the actors appeared to enjoy the show they were in about as much as I did. Diane Paulus continues her deadly track record (which includes the overhyped touring production of Pippin and the absolute desecration of Porgy and Bess), though she does include a stunningly beautiful tableau towards the end of second act with a wind tunnel of sparkles (not that it does anything to save the show). Scott Pask’s sets looked like they cost a lot of money.