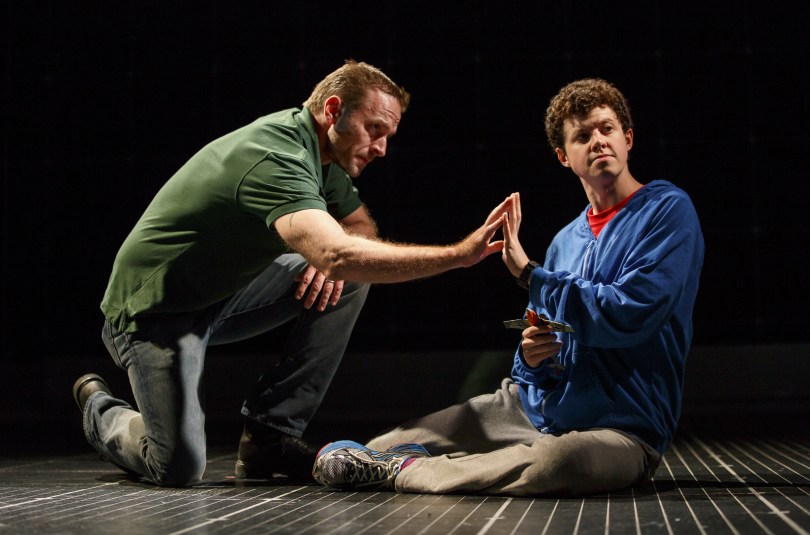 Britain’s Royal National Theatre, which has an annual budget that could make any of America’s fine regional theaters boil with anger, has perfected a model of high-budget playmaking with large casts and technical dazzle that turns many of their products into must-see events, a rarity for straight plays in an age that heavily favors musical theatre. War Horse, a National Theatre production, hit the brass gong when it transferred to Broadway in 2011 and The Curious Incident of the Dog in the Night-Time, based on the ever-popular novel by Mark Haddon, raked in the cash during its 2014 Broadway run, which lasted over two years. Now, the National’s production of The Curious Incident has made its way to San Francisco on tour, where it once again has become theatre du-jour for eggheaded San Franciscans looking for something highbrow to do with their teenage children, who are doubtless reading Haddon’s novel in their seventh grade english class.